"Me and my friend Elle Johnson just goofing around in an industrial part of Stockholm, right at the start of this Summer."

"Annie (to the right) had just mastered the recipe of Sangria, so we’re enjoying ourselves on their balcony like we shouuuld!"

"Ash from the production duo ‘Laconic’. We made a banger that day called ‘Work It Out’, you’ll probably get to hear it soon."

"We found a lime-pit!!! It was GORGEOUS, and the water was so clear (perfect for me cus I’m so scared of swimming and not seeing what’s underneath me) . Felt like we were in Italy."

"That’s Elle again, in an empty stadium near where I live. It’s from when we shot visual stuff for my latest single ‘Catch Me If You Can’."

"During the day, everyone’s cooling off the absolute heat (30+), unusual for Sweden. It usually rains on Midsummer every year haha, so we were THRIVING."

"That’s right after the shoot, and I was goddamnnn happy about the result. Turned out just like I imagined :))"

"From a session with my girls, Icona Pop!"

"Haha, this is me when my patience runs out. At the start of the pandemic, I did a lot of Zoom sessions and recorded from home. It was good at first but then I got bored and just couldn’t wait to get back to the studio."

"I’m literally getting all of my friends to start climbing, haha. So here we are, at the local gym!!"

Swedish singer/songwriter Hanna Jäger’s joie de vivre is palpable. Her tendency to elongate words (like “baaarbie” and “iiiittt”) and fondness for exclamation marks point to her extreme enthusiasm for living, as does her belief that the world could do with more “LOVE and HAPPY THOUGHTS”. Back when the sun was doing its thing for 20+ hours a day in Sweden—a time commonly referred to as ‘summer’—we asked the true talent for a glimpse into her life. The result? A series of sun-drenched snaps of her and her friends “goofing around”, celebrating Midsummer, making magic in the studio, and attending BLM marches in Stockholm.

The days might be turning colder and darker over in Europe, but her sunny vibes will live on in this feature and her beautiful music forever. And for all those folks tuning in from the Southern Hemi? Let her photo diary set the tone for the next few months of summer… 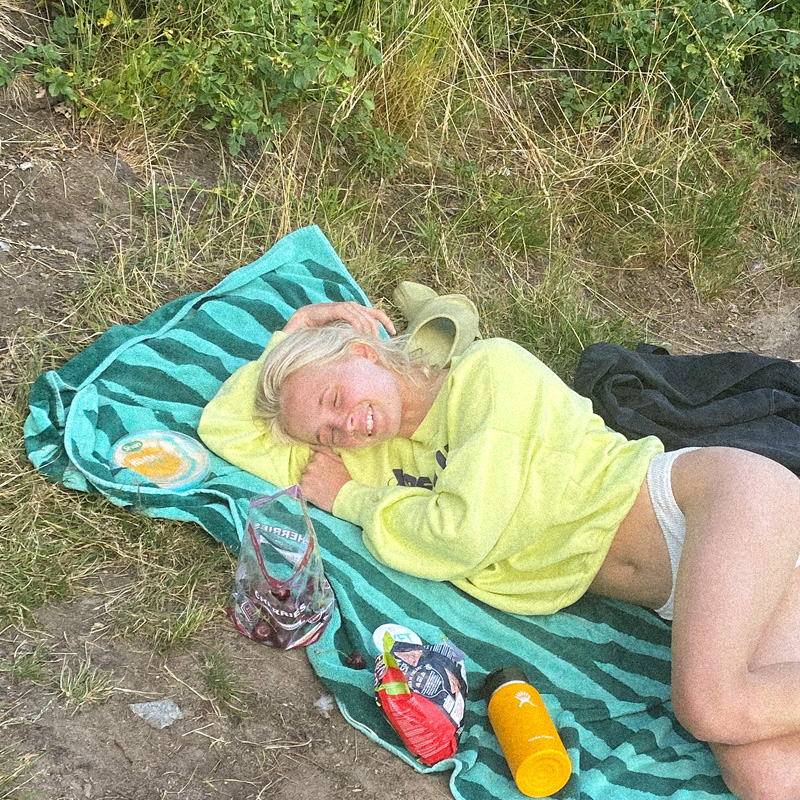 Can you give us the Yaeger elevator pitch?
Dayum, OK. I’m a kickass songwriter and performer. I’m freaking FUN and the world needs more LOVE and HAPPY THOUGHTS, so that’s what I’m here for! I’ll never stop wanting to entertain people, and I’ll always want to be better. I got a unique voice and I intend to keep using it :).

What’s the best thing about living in Sweden during summer?
In Stockholm: the water! In Sweden in general: that it’s daylight like 24/7.

What does an ideal summer’s day look like to you?
By the sea with family and friends on a 24°C+ day, usually with a boat involved somehow, beers, and veggies and haloumi on the baaarbie. And loads of GAMES: volleyball, football, badminton, etc. On a day like that, I just zone out and enjoy.

Can you tell us a little bit about Fika? Do you partake? What’s your favourite sweet treat to eat during it?
[Laughs] Our precious FIKA! Basically, when you guys say, “We’re gonna meet for a coffee”, we say, “We’re gonna meet for a fika”. The difference is that we usually have a Swedish treat to eat with it, like a cinnamon or cardamom bun. My favorite is the cinnamon bun! A good one. Not the dry ass ones you can buy at 7/11.

For those who don’t know about the Midsummer tradition, can you give a little backstory? Did you celebrate Midsummer this year?
Midsummer is the best holiday we got, perioood. Two years ago, I learned that it originated from us celebrating fertility when everything comes back to life (since nature doesn’t bloom for like seven months a year here). So the pole I guess you’ve seen Swedes dancing around is actually a symbol of a dick [laughs]. Two rings and a long stick. I dunno when penises ever were the symbol of fertility, but hey. Today we just celebrate that summer is here. We gather aaalll of our friends and family and have a huge party, starting early at around 12pm. We eat traditional Swedish food, sing ‘snapsvisa’ which are short Swedish drinking songs where you have a shot of a special spirit called ‘snaps’. We play games. Not in the way they do it in the ’Midsummer’ movie [laughs], but aesthetically it is kinda similar, actually! We wear the crowns, sit by a long table, do the dance around the pole, and it doesn’t get dark.

I celebrated this year, yessss! It’s sort of a tradition now—I host the party in my Dad’s house, and all my friends come out to the island, Skarpö, where I grew up. Midsummer is a big thing on my island. It’s really charming, when every house you pass by is full of people and parties. That’s the way I like iiiittt.

Where would you take someone visiting your hometown for the first time?
In summer it would be Djurgården. It’s one of Stockholm’s islands—it’s so pretty there.

What Swedish food do we absolutely need to try if we visit?
Swedish meatballs. They taste the same even if you’re a vegetarian like me. My mom lives in Melbourne with her husband, and she always makes them for Christmas. They LOVE Swedish meatballs and literally can’t stop talking about them. (I know you can get them at Ikea over there but they’re not the real deal).

Any fun Swedish road trip recommendations?
Since I’m in love with the archipelago, I’d suggest ’island hopping’. There are boats that leave from Stockholm and take you around the whole archipelago—I guess it’s like a guided tour. Since there’s a lot of people who live on the islands outside of Stockholm, the boats are a way for people to commute. So I’d go on a boat trip instead of a road trip, [laughs]. 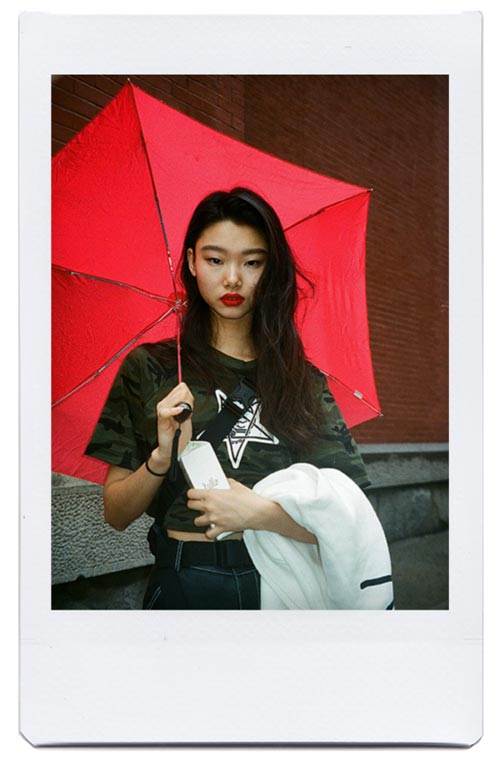 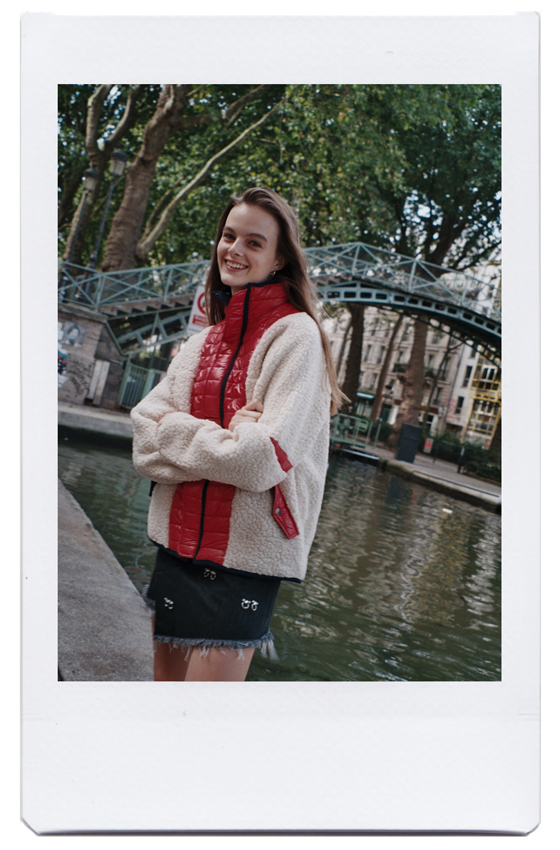 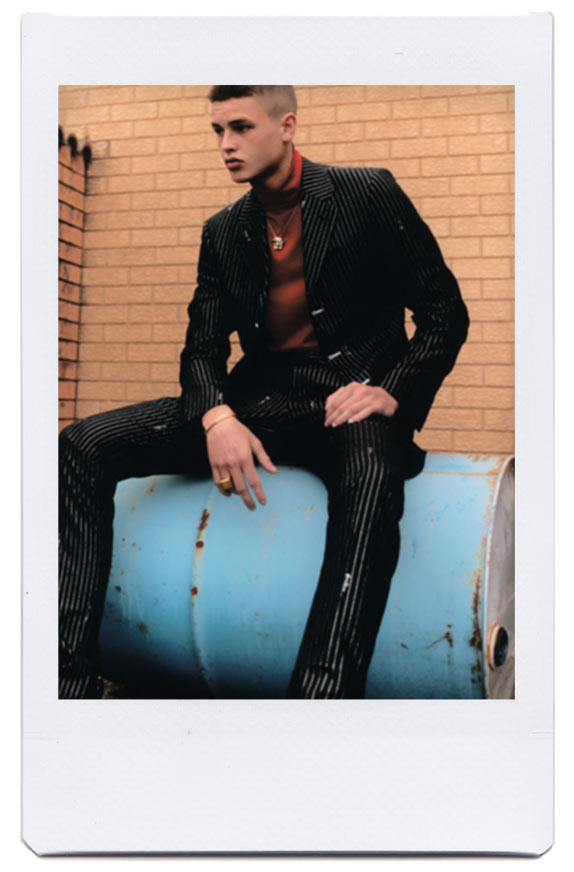