Rainbow Chan has been one of our favourite musicians since we stumbled upon her debut album Long Vacation back in 2013. We were immediately taken by her bubblegum vocals, synth-pop beats and thought-provoking lyrics.

Since then, the Hong Kong born Australian artist has solidified herself as one of the most important musicians on the local scene with her happy-sounding heartbreak songs that make you want to cry and dance at once. With her catchy melodies and off-kilter beats and tender yet heart-rendering lyrics, Rainbow’s music is a testament to the healing power of music.

We caught up with Rainbow to chat through her fragmented creative process, how experiences as a diasporic person living in Australia translates into her music, and her eclectic and far-reaching musical inspirations. As if peeping into her brilliant brain wasn’t enough, the below conversation is peppered with fun facts and book, movie and song recommendations. If you do one thing today, it should absolutely be getting to know her and her music better below…

Where are you from originally, and where are you based?
I was born in Hong Kong and moved to Australia with my family at the age of six. I currently live and work on Gadigal Land, Sydney.

How do you think your upbringing helped to shape your worldview?
Like many other kids growing up in a first-generation immigrant family, my worldview has been shaped by being between two cultures whether concerning food, language, belief systems or pop culture references. From a young age, I’ve understood the world to be relational and constantly in flux. I think my interest in the notions of hybridity, translation and cultural pastiche stems from my experiences as a diasporic person.

What music did you grow up listening to? Has that changed?
I listened to a wide range of music growing up from golden oldies like Roy Orbison to Cantopop stars like Aaron Kwok and Faye Wong. My parents and my older sisters definitely had an influence on me in that regard. I also loved Britney Spears, NSYNC and J.Lo. When I started to write my own music as a teenager, I listened to a lot of singer-songwriters like Sarah Blasko, Joanna Newsom and Sufjan Stevens. My taste has certainly transformed over the years but I still listen to these artists.

If you could only listen to one genre of music for the rest of your life, what would it be?
Although technically not a genre, I would say Teresa Teng’s entire catalogue. Teng was a cultural icon from Taiwan who was popular during the 1970s and 1980s. Her romantic ballads were banned in mainland China for promoting bourgeois ideals but was, nonetheless, bootlegged all over the country. Mixing Western and Chinese musical styles together, Teng sang not only in Mandarin but also in Cantonese, Japanese, Hokkien, Indonesian and English. AND she was fluent in French! Knowing that she died relatively young from an asthma attack, I find her songs really beautiful and poignant.

Are there any social or cultural shifts you hope will happen in the next 10 years?
I think society’s on the brink of a massive upheaval as we realise that the existing systems of power under global capitalism are simply not sustainable. Some of the systemic things I would like to see change is a switch to 100% renewable energy, Indigenous sovereignty and affordable housing. On a smaller scale, I think we could make better choices as consumers and reduce, reuse and recycle where we can.

In your opinion, who is the most important voice of our generation?
This is a tough one because there are so many incredible young voices and emerging leaders across the globe. My big crush right now is Alexandria Ocasio-Cortez. I just think she is brilliant. I also really admire activist, artist and model Aretha Brown who was the first woman (and youngest ever person) to be elected Prime Minister of the National Indigenous Youth Parliament in 2017. She’s only 19 but has accomplished so much through her community organising and advocacy for young indigenous people, especially on issues of being Aboriginal and queer.

What’s your creative process like?
I tend to write lyrical fragments on paper or record voice memos on my phone when I stumble across a word or an image that I find intriguing. You could call it a sort of archive of mundane observations. These ideas end up as field-recordings or samples in my songs. I also draw a lot of inspiration from historical texts, cultural theory and conversations with friends. Recently, I’ve taken a liking to creating mood boards as I develop my songs. I love working visually for a sonic medium and sonically for a visual medium.

What subjects or themes do you find yourself returning to in your music, and why do you think this is?
Loss. For me, music is a tool for healing so I find myself being the most musically productive when I am heart-broken.

Do you create music with your audience in mind?
Not to the point where it stops me from taking creative risks. But I have been thinking about the privilege of having a public platform to voice my experiences through music and art, so I want to make sure that there is meaning and something relatable in my works.

When do you feel most ‘you’?
Laughing so hard that my stomach hurts, coming up with bad puns, cooking a lavish meal for friends.

What’s the best piece of advice you’ve ever been given?
Have compassion for yourself.

What’s the coolest or most interesting thing you’ve learned recently?
Botox is short for botulinum toxin which actually means “sausage-poison.” The term comes from disease that people got from eating rotten meat in the early 1800s, which would kill you by paralysis. Eep!

What books are you reading at the moment?
Mark Forsyth’s The Etymologicon, a book exploring the origin of words and phrases, from which I got the above factoid. It’s a light read and ideal for consuming just before bed.

Favourite book?
A Monk’s Guide to a Clean House and Mind by Shoukei Matsumoto.

Favourite song?
‘Hyperballad’ by Björk. I thought I was so cool when I made this song my ringtone in Year 11. Lol. 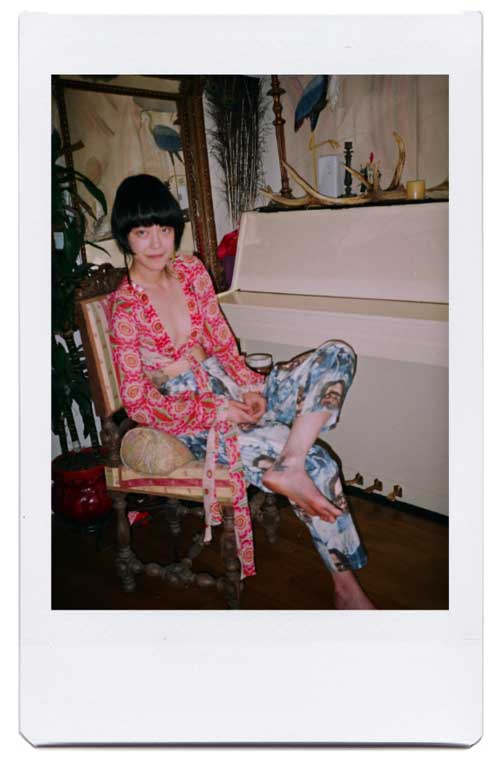 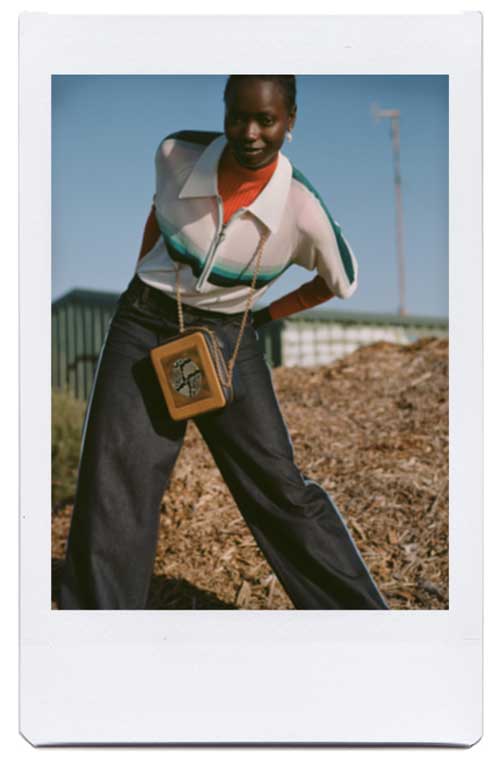