Delightful human Mae Lapres is a 26-year-old model living in Paris (where she also grew up). She had a multicultural upbringing—her dad is Canadian, and her mum is Chinese—and believes this engendered a more open-minded approach to life. When she hears the word ‘home’, her mind goes to her parents and her pets. The latter of which she has many. In her own words:

“So first I got Nelson from a pet shop in Paris. He was very nice to me until one day I left for fashion week, then he started biting me. However, he loves my mom, and as most African greys are, he’s a great talker.

Then I got a female cockatoo, and later a male. Kiki is a little diva—she’s very smart and loves to climb everywhere and destroy my plants [laughs]. The youngest, Caesar, is a giant baby and cries for attention and cuddles. He’s the talker now [laughs], he can call out the dog’s name, Oliver. I recently adopted a Cavalier King Charles, who has developed a friendship with Kiki. It’s quite adorable!”

Mae’s house is a beautiful, eclectic reflection of her personality. Her piano, which she’s had for 21 years, is her most treasured possession. Like all good collectors/interior experts, she spends A LOT of time at flea markets collecting special one-offs. Understable then that when asked her to pick her favourite, she said, “Ouch, that’s very, very VERY tricky!” When pushed, she pointed to her marble table that she found for 50€. Sorry for making you choose, girl!

Her favourite thing about returning home after a long time away is “rolling in [her] sheets after a long shower.” I’ve never related to a sentence more in my life. Aside from collecting lit trinkets and furniture, Mae is all about that plant life. “I’ve got many plants!”, she enthuses. “Many japanese plants, all herbs and citrus, cinnamon, coffee, vanilla, purple, mango… many plants!” The homebody also spends a lot of time in the kitchen, and her signature dish is a pie made with rosemary from her garden. “My friend Kat once made me a pie—it was so simple, and so delicious,” she says. “So now when I want a quick, easy pie I do that and then add on a little bit of maple syrup with rosemary.” If she could only eat one meal for the rest of her life, though, it’d have to be oysters and tomatoes. Mmm. 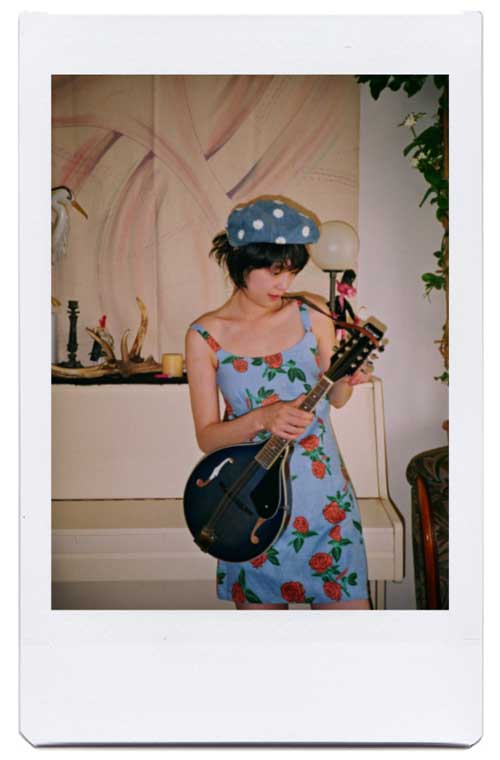 She’s had a long and colourful career in modelling, but her standout moment would have to be the first time she did ‘big’ shows. More recently, she walked in Gucci’s Resort Show in a cemetery, which she says was equal parts exciting, creepy and amazing. If she was an on-screen character, she’d be Ally McBeal, and the thing she admires most in a person is how they care for others. <3.

Her idea of the perfect day consists of nice coffee, gardening, piano, lunch, vintage shopping, wine, oysters, records and then sleep. So, basically heaven. If you were new to town, the first place she’d take you is the River la Seine. She’s most excited to improve her garden and teach Oliver (her dog) to do his ~business~ outside for the rest of 2018. She’d pick summer over winter every time, because “the cold is painful.” True! 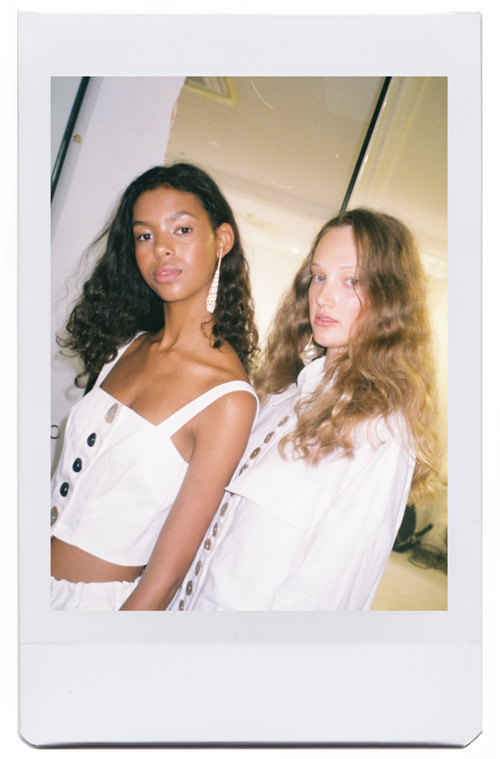