The pop polymath has come a long way since performing a rendition of 'Sadie The Cleaning Lady' at age 3 to the tenants of one lucky caravan park in Western Australia. (It was the 90s, she was joined by her older sister, and they were both wearing shower caps in what was assumedly a very stirring performance). Fast-forward to now and she’s received over 20 million streams on her impressive catalogue of upbeat tracks (which are the audio equivalent of the first sunny day of spring), has performed at festivals like Coachella and SXSW, and has styled, directed, choreographed a bunch of her own brilliant music clips.

We chatted to the multi-hyphenate talent about everything from channelling feelings into creative expression to the importance of doing things that make you feel alive.

Take it away, Chela!

Where did you grow up, and where are you based now?
I grew up in Perth, WA and am now based between Perth, Melbourne and Los Angeles! It's a very unsettled lifestyle.

How do you think your upbringing helped to shape your worldview?
I'm from a very family-oriented background. My family ran businesses together and helped to support one another throughout my upbringing. Family was always number one and still is, which is why I find myself coming back to Australia so often—so I can spend quality time with everyone. No matter what happens in other areas of my life, I always come back to the core, and some close friends are included in that sense of family too.

What’s your earliest memory of music?
Singing at concerts that my family would put on at the caravan park we used to run on the Peninsula in Mandurah, WA. My sister and I wore shower caps and sang 'Sadie The Cleaning Lady' together for the tenants. I would have been three or four years old. They were very happy days!

We hear you were in a punk band in high school…
When I moved to Melbourne from Perth at age 15 my first friends in high school were two music/art nerds named Nellie and Etta. They had a band called Postal which they invited me to join after learning that I'd taught myself bass guitar. Shortly afterwards, at Falls Festival, they asked me to start a separate band with them that I could sing in and we wrote several songs together within two weeks. At the time we were heavily influenced by The Hives, The Strokes and The Distillers. After six months we were signed to a label and toured extensively over the course of a few years. It was quite a wild time.

Who or what inspires you creatively?
I'm inspired by artists who are inherently authentic, whose perspective is at the centre of every creative decision they make, no matter what discipline they are practising. I'm also deeply inspired by just day-to-day feelings. I'm an ultra-sensitive being, so it's easy for me to turn whatever I'm feeling into creative expression, and I'm thankful for having that skill.

Any tips for pulling yourself out of a creative rut?
Keep a diary, face your fears, make a cup of tea and watch the newest music videos on YouTube.

You have many talents, among them choreographing and directing all your music videos. Why do you like to work across all aspects of your videos?
I'm a control freak! (angel emoji). I genuinely have a passion for choreography and creative direction, and I trust myself. So despite the heavier load of work, I find it mentally easier to fill so many roles myself.

When do you feel most alive?
When I'm dancing or swimming. Any sort of physical action meditation that draws you to the present without boring you!

How do you spend your time outside of making music?
I spend a lot of quality time with the people I love. Especially since I usually spend half the year living overseas, I highly value the time I get with family and friends. I'm often trying new foodie hot spots, op-shopping and dancing at any opportunity with my people.

What is your idea of Earthly happiness?
It's a term that takes me back to my roots as a happy-go-lucky, sarong-wearing Freo girl, and perhaps that's what it's meant to do. It invokes a sense of groundedness and of finding contentment deep at your core. 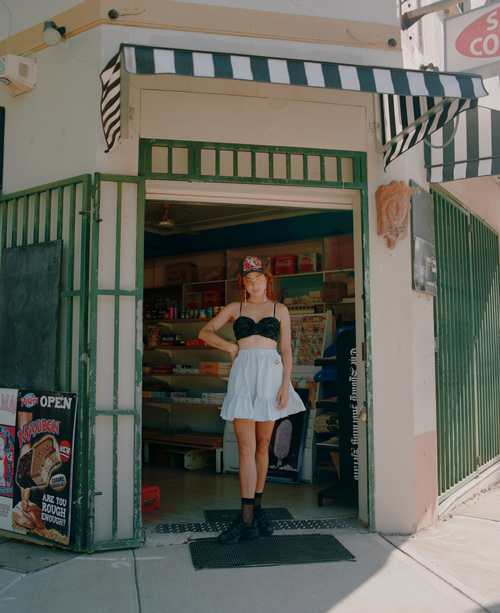 How do you think the worlds of fashion and music intersect?
They intersect best when they don't need each other but want each other. They are potent when combined and used correctly. I will use Grace Jones as a great example of both elements being strong, harmonious and complementary throughout a single project. Often however, unfortunately you'll find that one is being used to boost the other, especially a strong fashion aesthetic elevating mediocre music.

What kind of mood do you want to create with your music?
Within the realms of 'Chela', I aim to share a generally positive, uplifting, reassuring mood. I do this because I think we need more of that in the world. I want people to turn to my music to feel better about themselves, and in that sense I feel like I am contributing something of worth to society.

What would you like your legacy to be?
As I just mentioned, allowing people to feel better about themselves through my music is important to me. I'd also like to think that I'm leaving behind simply light-hearted, multi-dimensional, authentically-created entertainment for people to enjoy together. 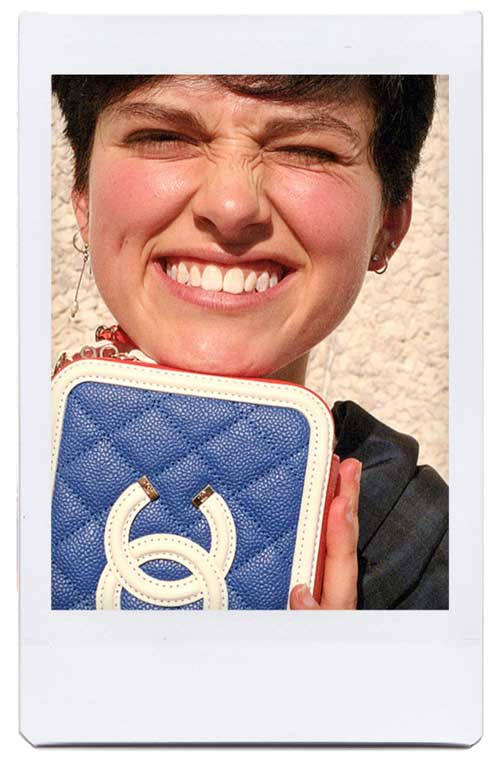 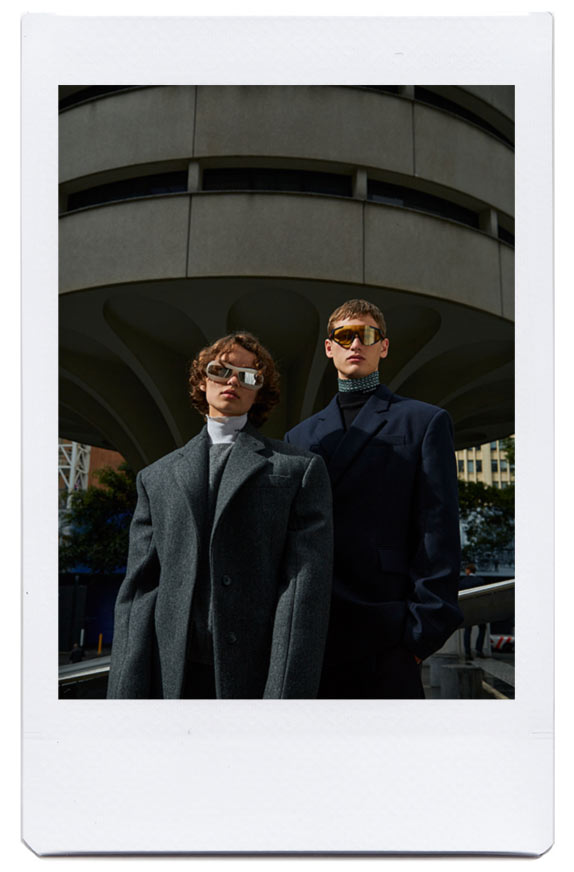 Four Fresh Faces Do Prada in the City

All the Cool Kids Outside Gucci’s Milan Show